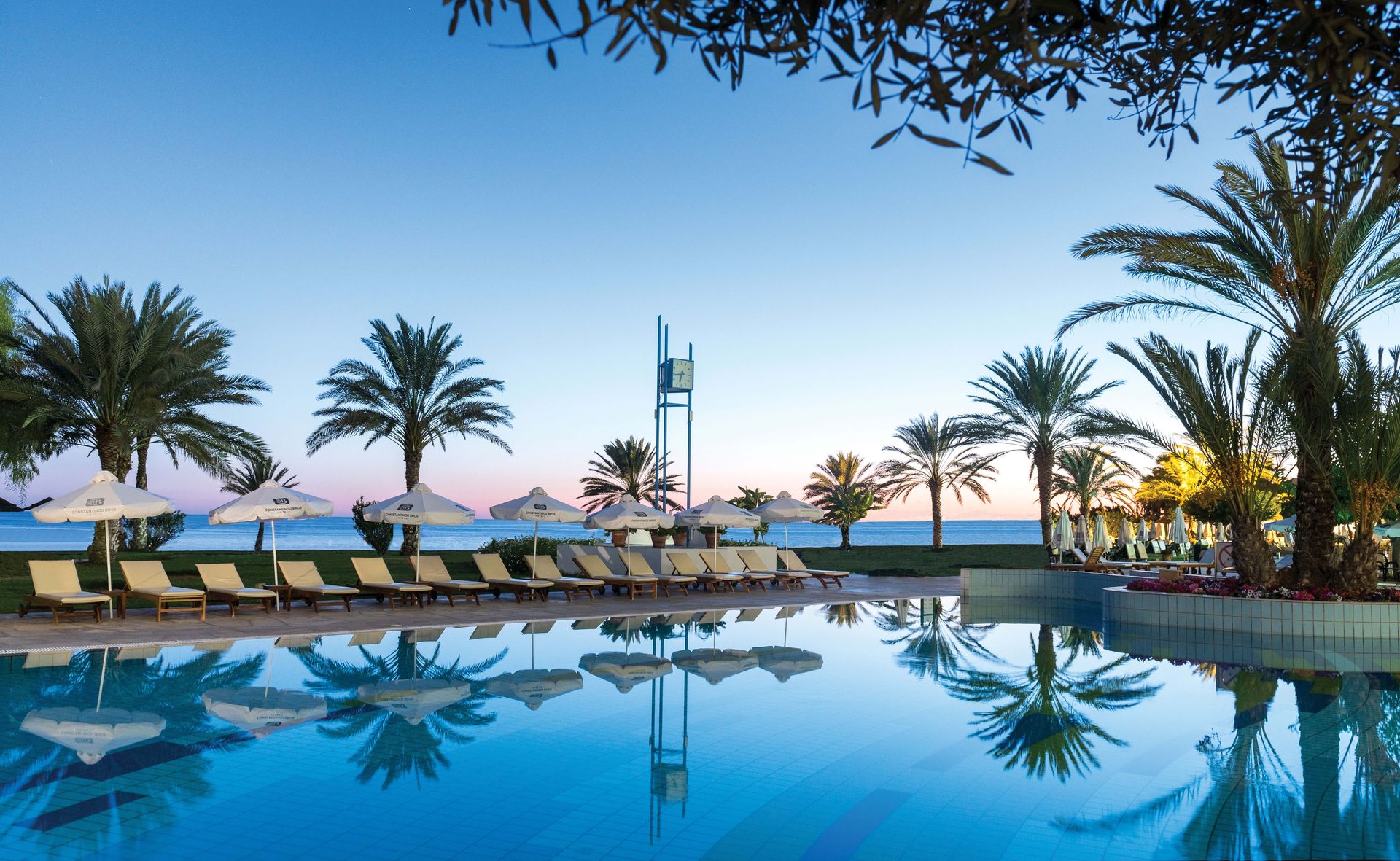 Paphos, a small picturesque town is situated on the west coast of Cyprus and stretches from the beautiful Akamas peninsula in the north-west across to Aphrodites rock in the east. It is steeped in history having been the capital of Cyprus in certain ancient times and once again celebrated this accolade when in 2017 it reigns as European Capital of Culture to attract thousands of visitors every year.

In Paphos there are innumerable sites of historical, religious and cultural interest and it is included in UNESCOs list of World Cultural Heritage sites. The Tombs of the Kings, the Medieval fort, the Odeon, the House of Dionysos, Aphrodites Rock and the Baths of Aphrodite as well as Saint Paulss pillar are but a few of these sites.

The operation of an international airport with connections to many major cities of the world has made Paphos very accessible. Also a good new motorway links Paphos easily and safely to all the other towns.

Bordered by a beautiful coastline, the Paphos area has charming villages in its mountains with centuries-old monasteries nestling in them. The town centre however, is modern with trendy shops, an interesting traditional market and good museums.

You will find Paphos to be a charming resort, safe and pleasant with plenty to see and do, one that will soon become a firm favourite when it comes to holiday destinations.

Cyprus is the third largest island in the Mediterranean and a true crossroads to three continents, Europe, Asia and Africa. It became an independent Republic in 1960 and joined the European Union in 2004. It boasts two international airports in Larnaca and Paphos with excellent connections from most major cities of the world.

Cyprus got its name from copper which was plentiful here in antiquity. It is an island steeped in history having been under Persian, Assyrian, Egyptian, Roman, Byzantine, Venetian, Ottoman and British rule. It was also one of the first countries in the world to convert to Christianism when St. Paul visited the island and preached the new faith. In fact, in Paphos you can still see St Pauls pillar where the apostle was tied and scourged 39 times and in Larnaca, in the church of St. Lazarus, there is the crypt of this Saint who was resurrected by Jesus Christ. This explains why Cyprus is an island that captures the interest of all kinds of people: from archaeology aficionados to friends of nature, to honeymooners and sun worshipping families, to food lovers and businessmen. Ancient temple ruins along with stunning frescoes in Byzantine churches, terraced vineyards and enchanting nature trails, pine-clad mountains and sun-kissed coastlines, a meal of meze and fresh halloumi cheese as well as state of the art conference facilities are but a few of the things that will make you fall in love with Cyprus.

Cyprus may be a country with roots deep in its rich and varied past but it is a modern country heading fast into the future. It is an island of many beautiful contradictions, a warm blend of cultures, colours, civilisations, songs and myths.

We invite you to come and savour hospitality on the island where, in our mother tongue the word xenos means both stranger and guest. Come and discover an island whose beauty and charm is magnified by the kindness of its people. Come and discover Cyprus. Take advantage of our latest deals!

Our policies have changed

-Full support from our reservations team